​Modern colorization of black and white photos has progressed significantly since the early days where coloring digital photos was as good or bad as the skill of the artist involved.  On the MyHertiage.com website, using DeOldify artificial intelligence photo enhancement  software and Photoshop for color correction, the results are much improved and easier to do.  For your enjoyment, please look at the following: 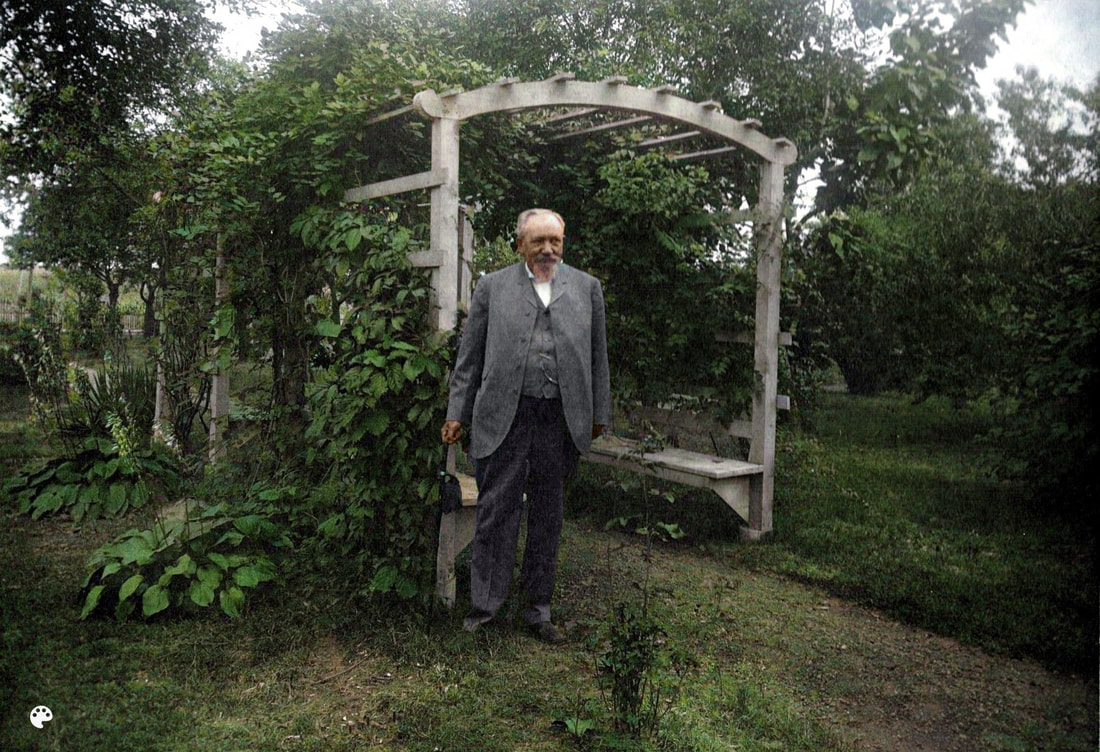 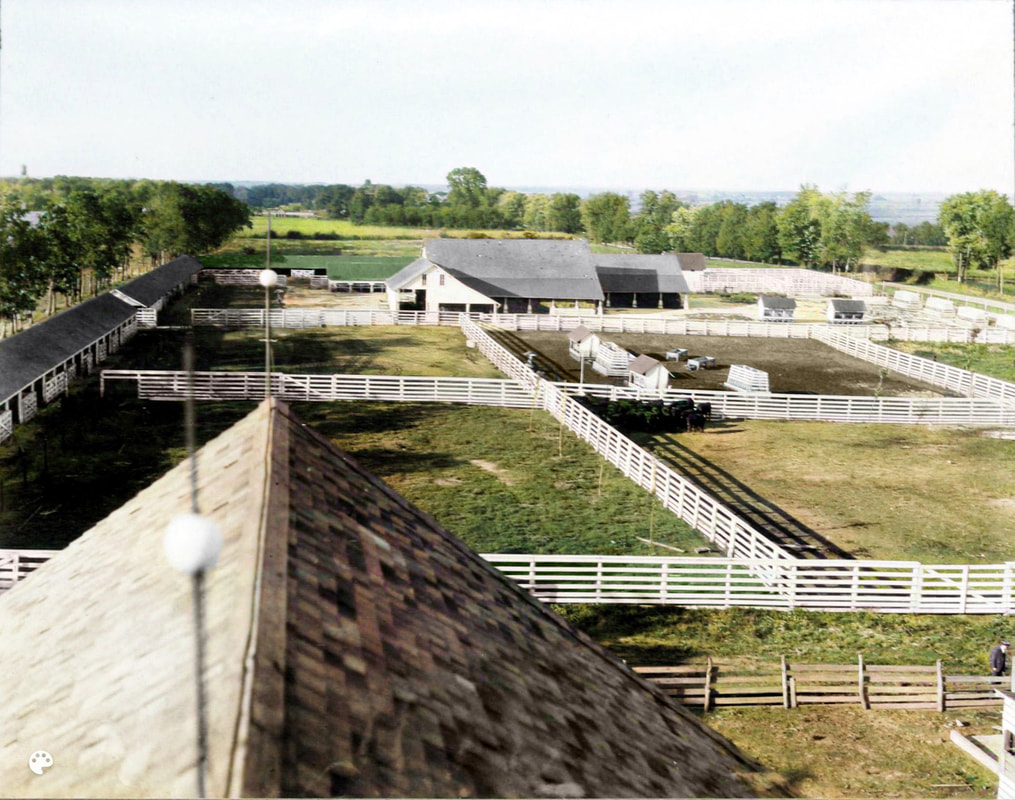 ​This is a view from the Windmill Barn looking north at the 3-Part Barn and the feed lot.  The artificial intelligence of the DeOldify software revealed the farm hand in the lower right hand corner. 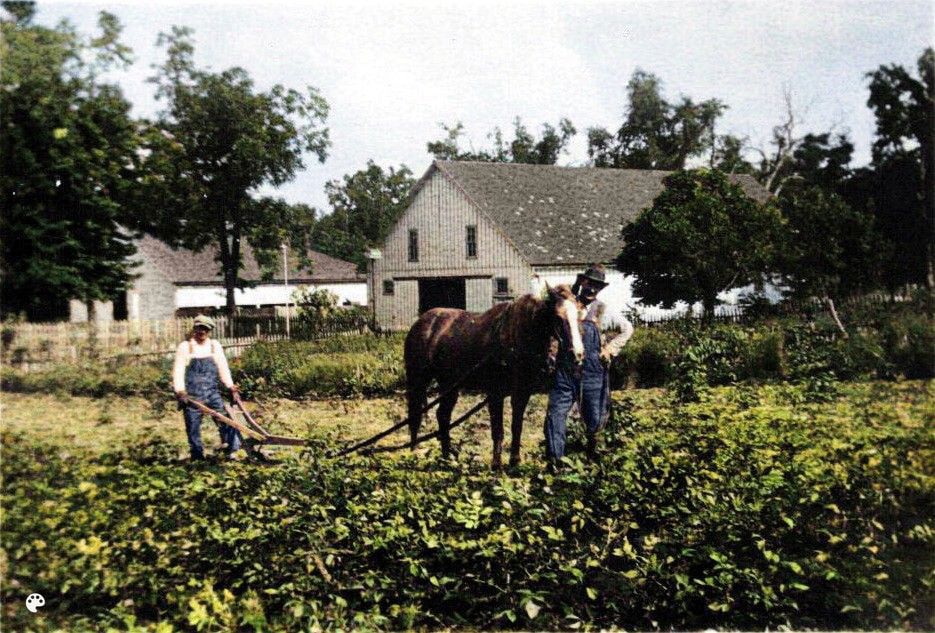 ​Farm hands plowing the family garden southeast of the Elmwood Mansion.  In the background are a barn and the Machine Shed with Corn Crib 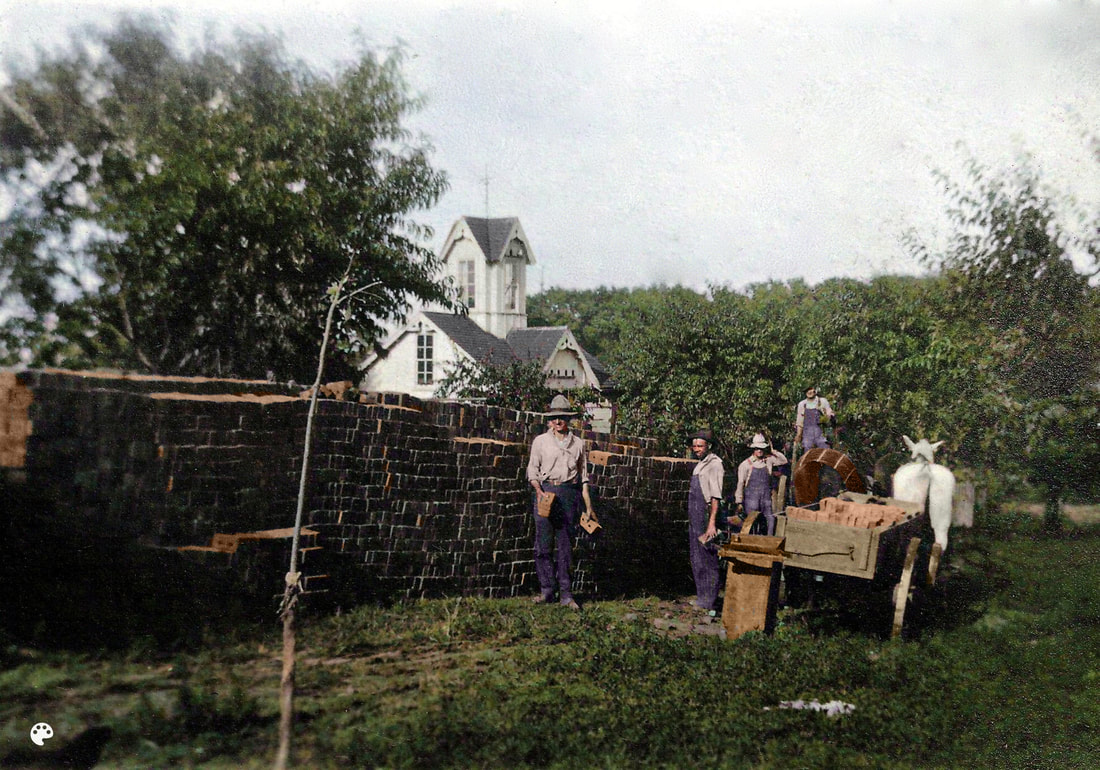 ​Masons unloading bricks during construction of the Boiler House 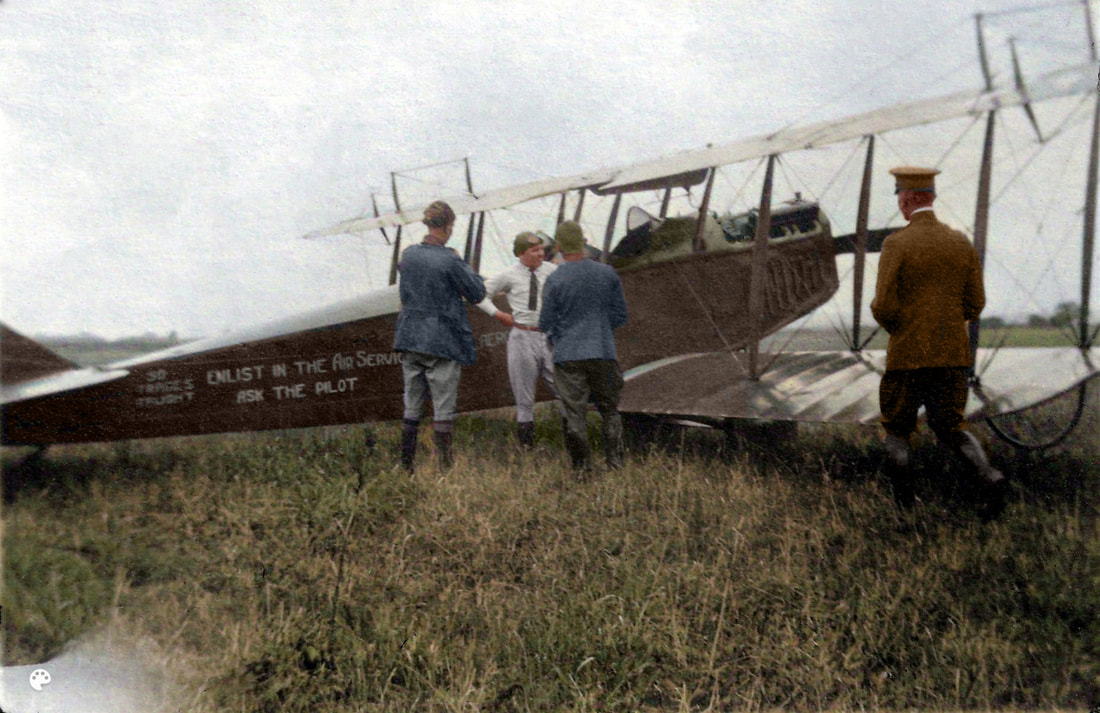 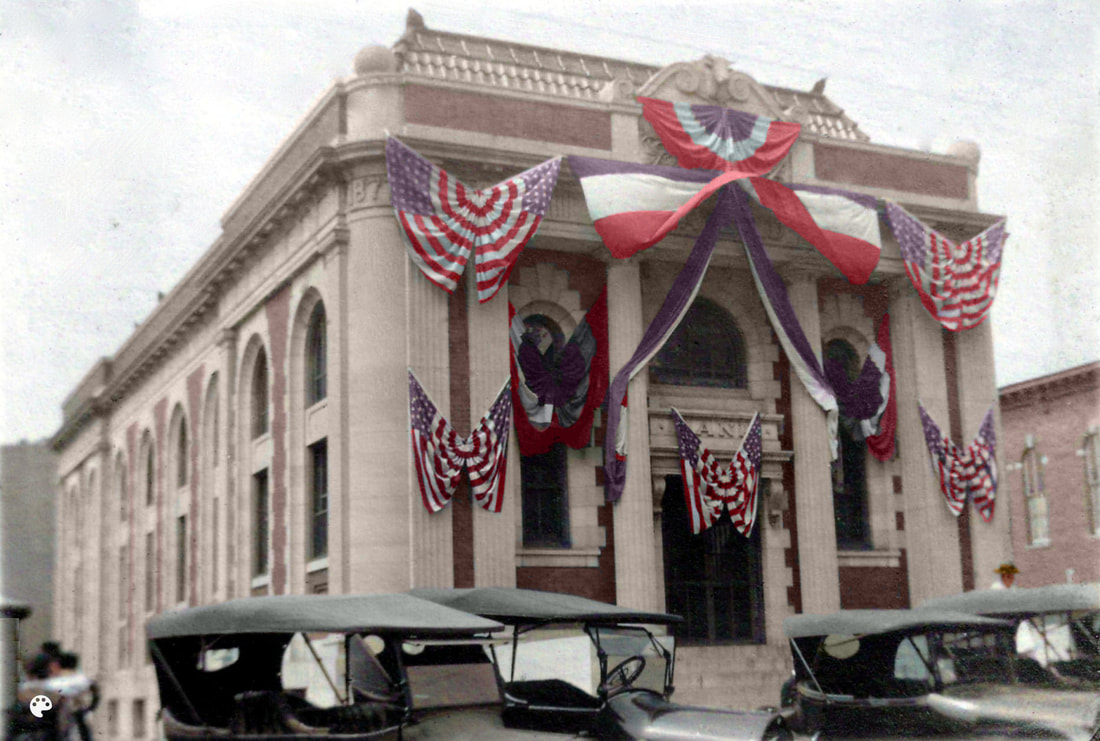 ​The Marbold State Bank dressed up for the 4th of July. 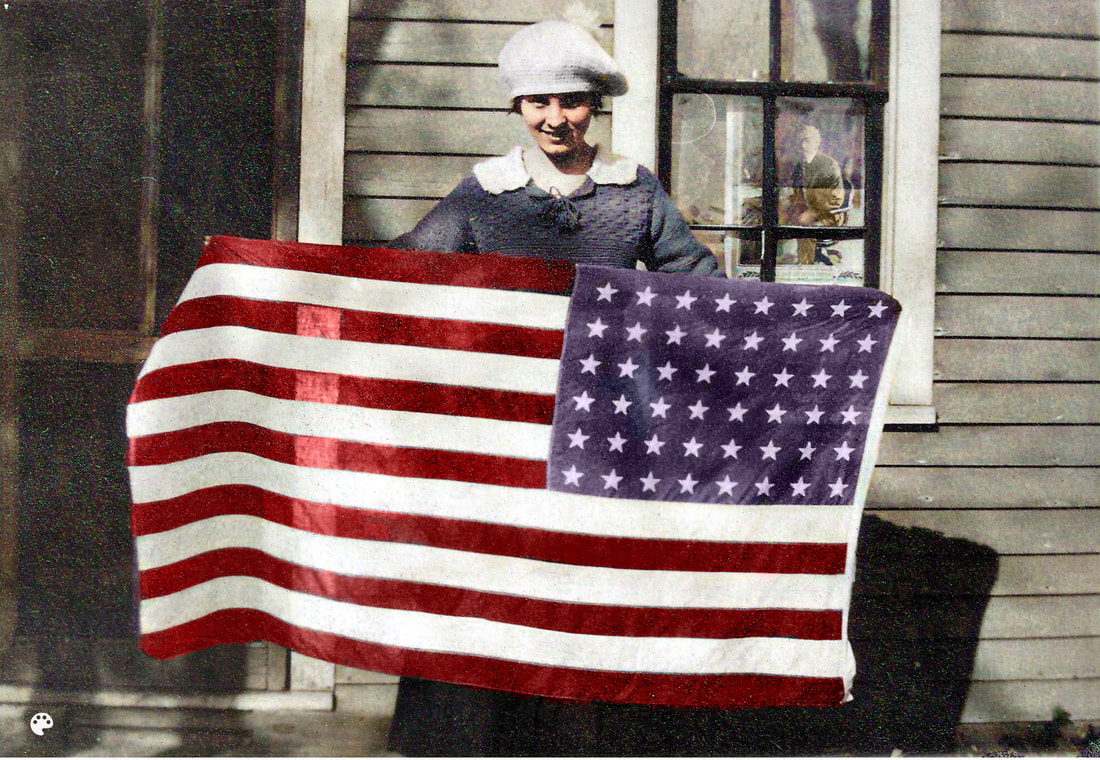 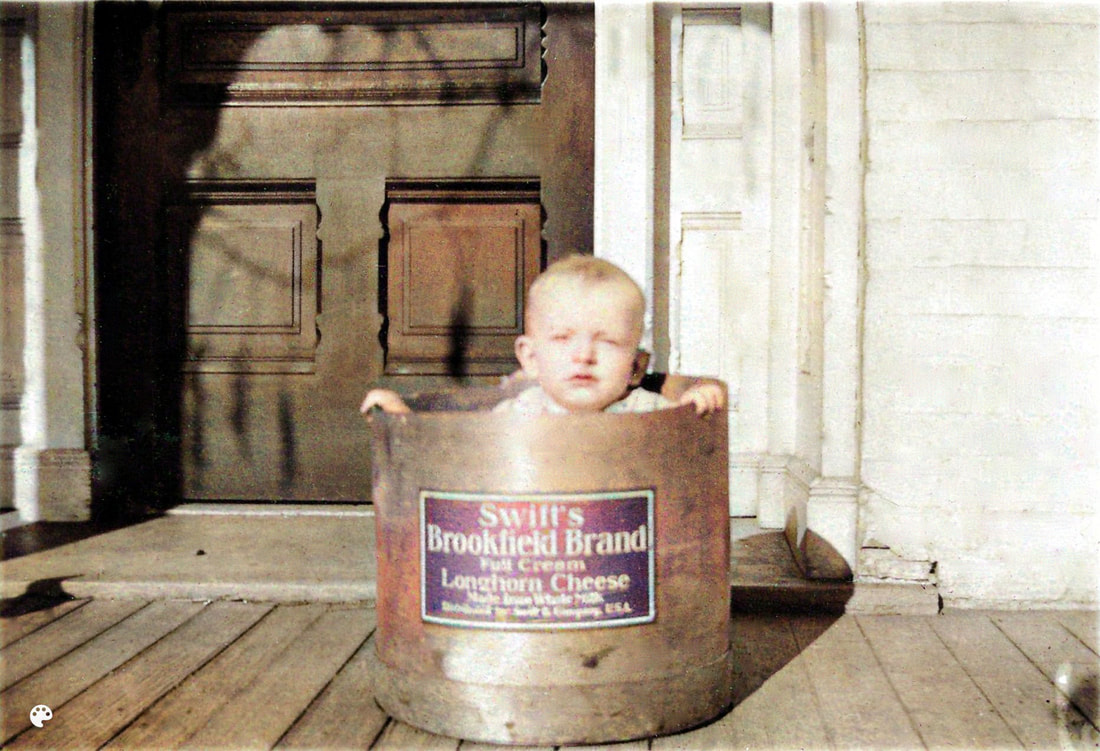 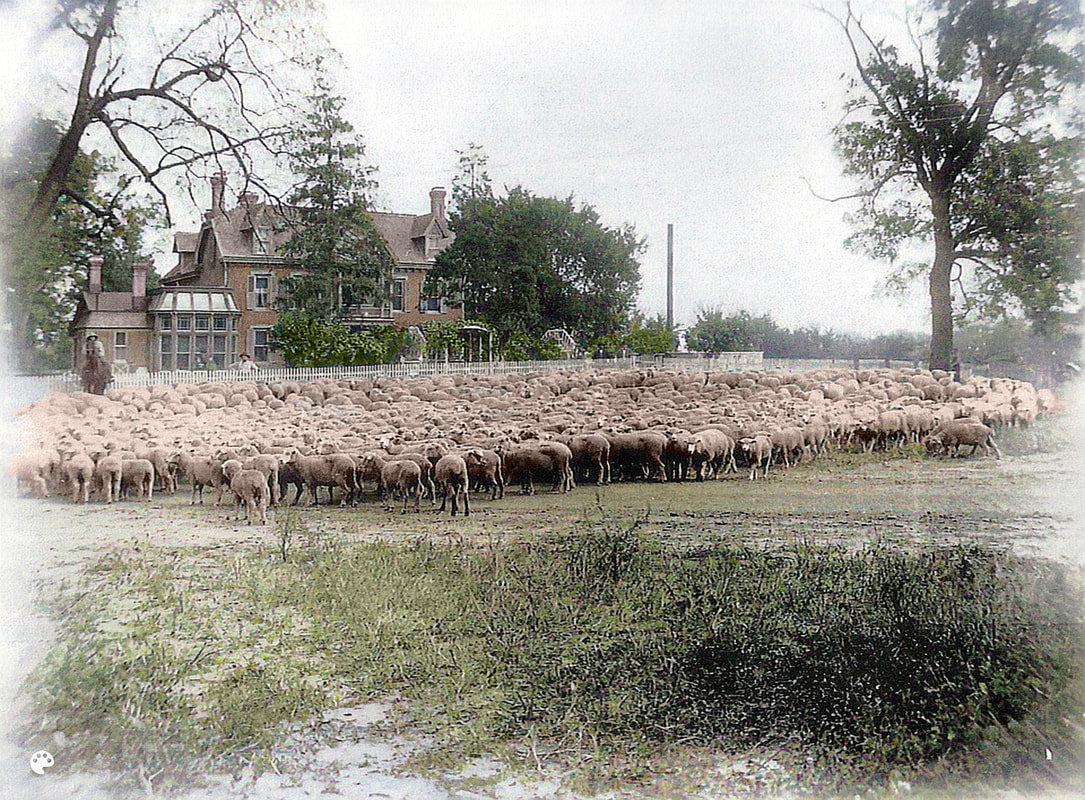 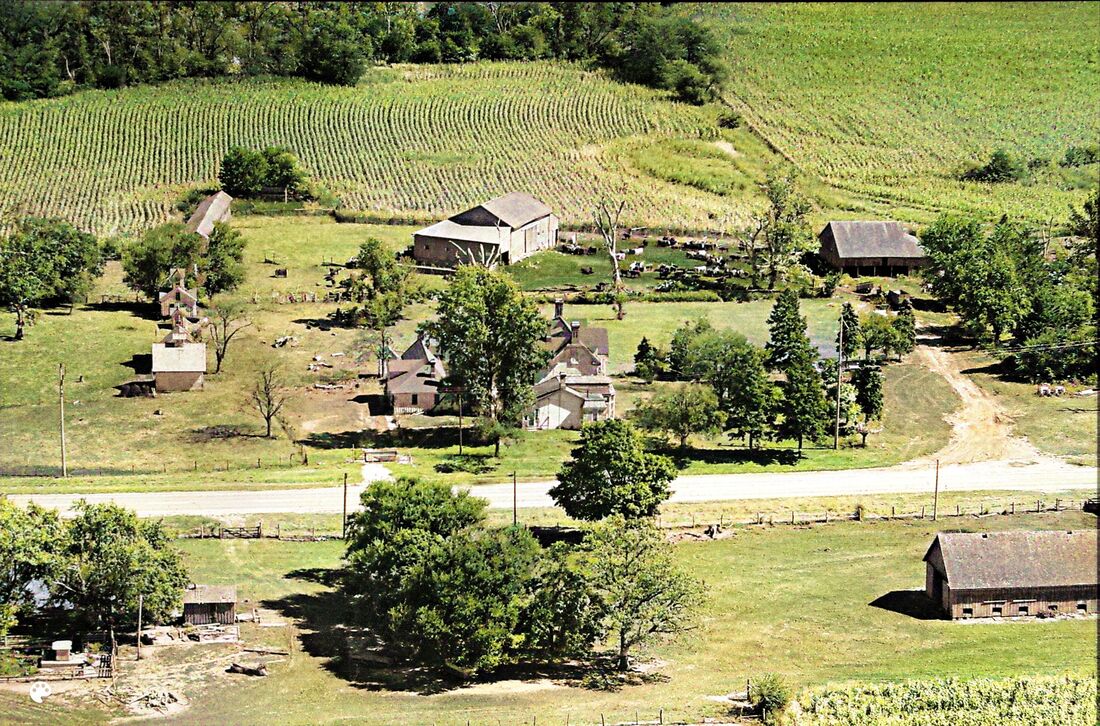 An aerial photo of the Marbold Farmstead as it appeared in 1966. From Vintageaerial .com.